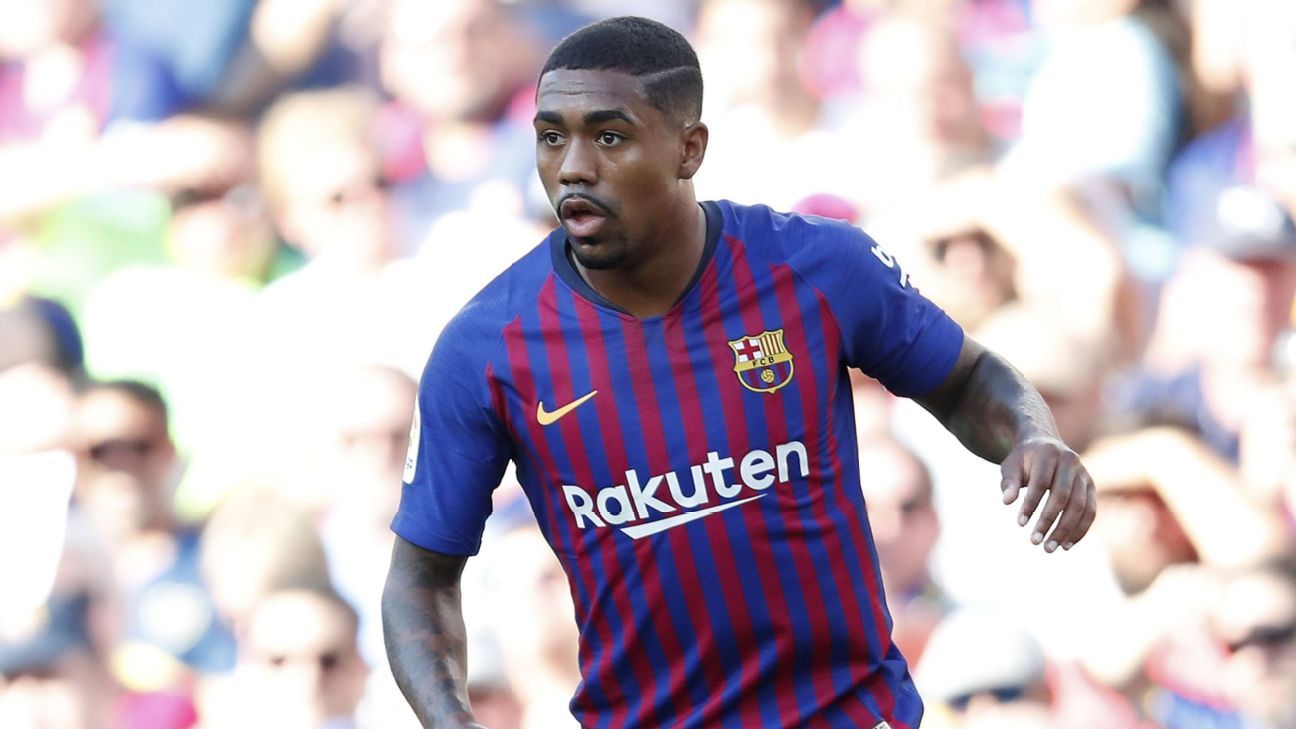 Things change in the blink of an eye in football. The Football Whispers Index takes the latest transfer rumours and gives them a score out of five; the higher the score, the more realistic and reliable the Whisper.

Here are today’s top five emerging whispers. And keep an eye on Transfer Talk for all the latest gossip.

The Blues are monitoring the West Ham United star’s contract negotiations and could make a move next summer if he hasn’t signed a new deal. According to Metro, Chelsea would be ready to offer Rice — who spent seven years in the club’s academy before joining the east Londoners — a deal worth £40,000 a week. West Ham could be forced into selling the versatile defender/midfielder at the end of this season as he would only have one year left on his contract.

With Malcom not in Ernesto Valverde’s first-team plans, Barcelona may let the winger they signed from Bordeaux in the summer leave the Camp Nou in January. The Brazilian has insisted he wants to stay and earn a place in the Barca team, but Mundo Deportivo reports that Arsenal would be interested in the 21-year-old. North London rivals Tottenham have also been linked in the past.

The Serie A champions have made a habit of signing European stars on free transfers and are considering doing the same with Mata. The Manchester United midfielder is out of contract next summer and can discuss a potential move with foreign clubs in January. According to the Evening Standard, Jose Mourinho is keen to keep the Spaniard at Old Trafford but United are yet to begin talks with the 30-year-old.

After prising one of Manchester City’s most talented young players away in Jadon Sancho, Dortmund will try to do the same with Foden, according to the Daily Mail. The Bundesliga club are aware the midfielder’s contract expires in 2020 and would be willing to offer him first-team football. If Foden doesn’t agree a new deal with the Premier League champions, BVB could sign him for a development fee which could be as low as £175,000.

The Fulham captain has struggled with a foot injury this season but has still been monitored by Arsenal, according to the Daily Mail. The report claims the Gunners have been interested in the Scotland international for several months and have considered making a move. However, the potential transfer fee involved when signing a homegrown player has put Arsenal off submitting a bid and they could instead turn their attention to the European market in January. Tigers dummy-half dilemma about to get serious Francis Forkey Doe could be sacked by Selangor after being arrested