Harmanpreet Singh scored a brace after converting two penalty corners to crush New Zealand in their second match, after Great Britain denied India a win after drawing the match 2-2 on Saturday. The first game was postponed for two hours due to rain.

The first penalty for New Zealand came in the sixth minute itself but was shot straight at P.R. Sreejesh, who kicked it out of the circle.

A fine deflection by Mandeep Singh in the 23rd minute opened India’s account, which was followed by successful penalty converts by the defender Harmanpreet as India dominated.

Mandeep displayed skills to deflect the high ball from his shoulder past the New Zealand goalkeeper. Harmanpreet went on to double India’s lead in the 27th minute.

India refused to allow the Black Sticks attempts at scoring in the first quarter after which the game was in their court.

The game marked SV Sunil’s 200th International cap for India. He had a golden chance to make his memorable day even more special a few minutes after the half time but ended up flicking wide of the mark.

Harmanpreet returned with the final goal of the game in the 47th minute when his soaring drag-flick from a penalty corner found the top corner of the net.

Sreejesh wrote on his Twitter account after the match, “Registered our first victory … great performance by the team .got 3 points over @BlackSticks #SultanAzlanShahCup2017 #ipoh @TheHockeyIndia” 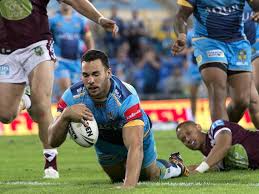 Portugal atop Nations League group after away win against Poland