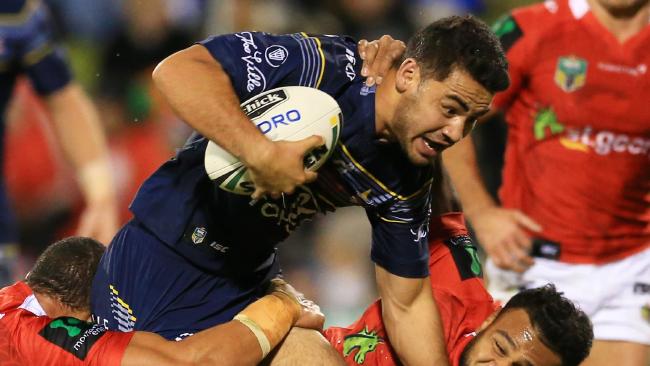 NRL: The Morris twins are eligible to play for the English national team through thier English grandparents which raises questions whether or not the Kangaroos stars would take up the offer

PREMIERSHIP heavyweights Melbourne have trumped the Titans in the battle for Cowboys youngster Jahrome Hughes.

Hughes has agreed to a two-year deal in a boost for the Storm’s on the eve of their blockbuster against the Broncos at Suncorp Stadium.

Hughes was among the most in-demand rookies in the NRL, attracting interest from five clubs after his outstanding Cowboys debut against the Dragons last month.

He made his NRL entry three years ago as an 18-year-old at the Titans and Gold Coast coach Neil Henry hoped to lure the speedy utility back.

The 21-year-old ended months of speculation by opting for the Storm, who are looking to bolster their backline stocks as they prepare for life after Billy Slater.

Hughes is a quick-stepping fullback or five-eighth and said being mentored by Cameron Smith and Cooper Cronk was an opportunity too good to refuse.

“The professionalism of the Storm really attracted me,” said Hughes, who has been a revelation for Cowboys’ feeder club Townsville in the Intrust Super Cup.

“If I was going to leave the Cowboys, I wanted to go to a club where I could learn a lot and I feel I can do that in Melbourne.

“It will be hard to leave the Cowboys. I’ve had some great times up here but I had to do the best thing for my future.

“There were a few clubs interested but Melbourne was the frontrunner. It was a good feeling to know I had options.’’

Hughes was tipped for big things at the Titans as a teenager but a severe back injury which needed surgery threatened to derail his career.

The New Zealand-born ace capitalised on a lifeline from the Cowboys and Blackhawks and believes he is now physically and mentally equipped to handle the top grade.

Hughes could become a handy playmaking option for the Storm with Cronk’s current halves partner Blake Green tipped to join Manly next season.

“The move to north Queensland was good for me. I feel a lot more mature now than I did as an 18-year-old.

“It was good to leave that injury behind because it was really debilitating at the time.’’

Manager Chris Orr has no doubt Hughes can be a regular at the Storm.

“Whether Billy Slater does or doesn’t play next year (as he recovers from shoulder surgery), Jahrome can have a future in Melbourne,” he said.

“He will have a crack at the fullback or five-eighth spots, he has the ability to be a long-term NRL player and he’s going to a great club that can help him fulfil his potential.” 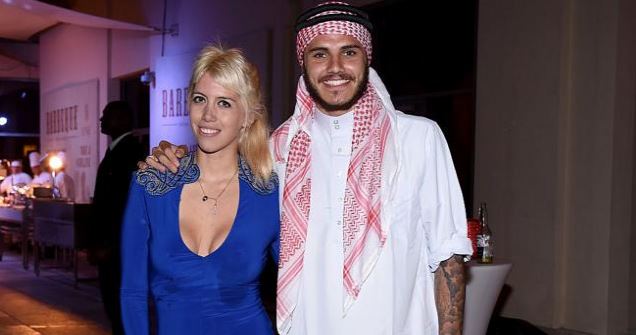 Icardi, what happened to you? Origin: Who sucked, who exploded