NRL: Cronulla utility Jack Bird chats with Matty Johns following the Sharks’ thrilling win over the Bulldogs, and says he’s ready for the Origin arena if called upon.

The Sharks relax at North Cronulla Surf Club after beating the Bulldogs.

ANDREW Fifita calls it a brotherhood. And he’s relishing his role as the big brother.

While the 116kg Cronulla prop is enjoying a career year, topping the NRL in a number of statistical categories, it’s his role as the Sharks’ protector that gives him the most pride.

Fifita is adamant the unbreakable bond between the players — rather than individual brilliance — was behind Cronulla’s unlikely rise to the top of the NRL ladder.

The Sharks relax at North Cronulla Surf Club after beating the Bulldogs.Source:News Limited

The high-flying Sharks host North Queensland at what should be a packed Southern Cross Group Stadium on Monday night as they attempt to extend their winning run to 10 matches.

That Sharks closeness was on show when the heavily inked Fifita cuddled the much smaller Ben Barba at a pool recovery session at North Cronulla.

And it is the very reason Fifita tries to better himself each week, and stands up for his mates when things get heated in the middle.

“I’m a front-rower for Cronulla, I don’t like it when hooker Mick Ennis or the little halves are getting picked on — and I’ll make sure I get in the middle of it,’’ Fifita told The Daily Telegraph.

“I wear my heart on my sleeve at Cronulla.

“There’s a brotherhood here with a lot of belief, and at the end of the day nobody touches you. We’re family.’’

Fifita and Barba get close during the recovery session.Source:News Limited

He had seven tackle busts in the win over Canterbury to go with almost 200 running metres.

Coach Shane Flanagan said the main reason Fifita had returned to his barnstorming best was he had been allowed focus on his role.

“Sometimes Andrew thought he had to do something extra to get us the win, and that’s when he came up with errors,’’ Flanagan said.

“But now he knows his role and is just concentrating on doing what he has to for the team. In offence he’s hard to handle, but defensively he can still work a bit harder. I still think he can play better.’’

Fifita is looking forward to going up against Matt Scott again.Source:News Corp Australia

That’s a scary thought, especially for the Cowboys’ forwards who Fifita cannot wait to test himself against again. Should he be selected for an Origin bench spot as expected, Fifita will face Queensland opposite Matt Scott three times in the space of just 19 days.

“He reminds me of ‘Gal’ being short but really stocky. He’s like a brick house,’’ Fifita said. “In the semis last year he ran straight through us from the kick-off.

“They got us in round one up there this year in really hot conditions, but we took a massive positive out of that game, and we’ve moved forward from there. The Cowboys are coming to our fortress now.’’

Fifita said New Zealanders Jesse Bromwich and Jared Waerea-Hargreaves were the two most feared props in the game.

Cronulla teammate James Maloney, who played along side Waerea-Hargreaves at the Roosters, said the pair were similar in mould, but Fifita was more agile and had the ability to play adlib football. 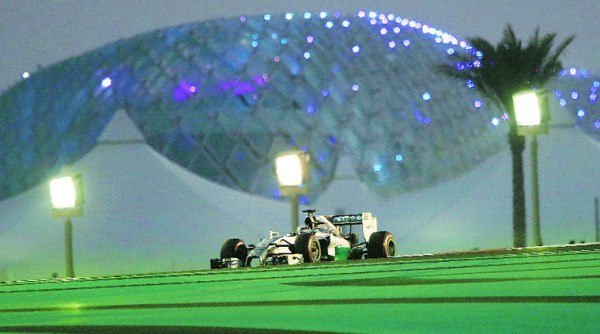 Ablett could miss with concussion Bernard Tomic hits back for Australia after Isner win