There have been some top class goal scorers grace the Premier League during its near 30-year history; from the elegance of Thierry Henry to the movement of Andy Cole, the pace of Michael Owen to the predatory instincts of Sergio Aguero.

Unfortunately, none of those four have made this starting XI as we’re strictly after the Premier League’s top scorers per each position.

We’ve been inspired by everyone’s favourite sexy Swede Sven-Goran Eriksson and gone for a classic 4-4-2 formation – but just about managed to resist shoehorning Paul Scholes onto the left flank. Sorry Scholesy, you’re going to have to sit this one out.

Peter Schmeichel (GK) – The treble-winner is the joint top scoring goalkeeper in Premier League history with a grand total of one goal – an accolade he shares with: Asmir Begovic, Brad Friedel, Tim Howard and Paul Robinson. Schmeichel was the first goalkeeper to find the net in the Premier League with a volley from a corner for Aston Villa against Everton in 2001 – but he gets the nod above the other four as he netted a ridiculous 11 goals during his career. Natural goalscoring instinct.

Ashley Young (LB) – It’s a controversial selection. With 48 goals Ashley Young is the top scoring defender in Premier League history. But he didn’t play his entire career at left back, banging in goals as a winger for Watford and Aston Villa before transitioning at Manchester United under Louis van Gaal in 2014. Spare a thought for out and out left back Leighton Baines, whose 32 goals are not enough to earn him a place in the side.

David Unsworth (CB) – Here to avenge Leighton Baines’ injustice is fellow Everton icon David Unsworth. The penalty specialist played much of his career at left back but could also be deployed at centre half, and with 38 top flight goals to his name across spells with the Toffees, West Ham, Portsmouth and Wigan it would be too cruel to miss him out too.

Antonio Valencia (RB) – It’s the Ashley Young conundrum all over again. United signed Valencia as a winger back in 2009, but van Gaal is the man at fault once more after he made the Ecuador international’s switch to right back – where he had been deployed at times under Sir Alex Ferguson and David Moyes – a permanent fixture in 2013. Valencia netted 24 top flight goals with United and Wigan.

Ryan Giggs (LM) – Any all-time Premier League XI that you create, Giggs tends to find himself in there somewhere. Manchester United’s top appearance maker found the net 109 times during his 24-year stay in the top flight. The Wales boss also has more Premier League titles than the rest of this midfield combined.

Frank Lampard (CM) – The Chelsea manager is the Premier League’s all-time top scoring midfielder with 177 goals to his name during spells with the Blues, West Ham and Manchester City. He also won three Premier League titles in the process.

Steven Gerrard (CM) – Is this the starting XI and formation that could finally get Gerrard and Lampard successfully playing alongside one another? It’s a classic 4-4-2 with Sven at the helm, so we’re going to say probably not. Gerrard found the net 120 times for boyhood club Liverpool – edging out Paul Scholes by 13 goals.

Matt Le Tissier (RM) – We know it’s not quite his favoured position, but the Southampton great did play on the right wing at times during his career – and it makes more sense than Scholes, probably. Le Tissier hit 100 Premier League and was renowned for his penalty expertise, but may have to wrestle the ball off David Unsworth for spot-kick duty.

Alan Shearer (ST) – The former England forward is the Premier League’s all-time top scorer with 260 goals during his time with Southampton, Blackburn and Newcastle. He hit over a century of goals for both of the former two, and will likely also be attempting to muscle in on penalty duty.

Wayne Rooney (ST) – Rooney is just the second player in Premier League history to hit the double century goal mark, finding the net 208 times for both Everton and Manchester United. He also provided 108 top flight assists – only Giggs and Cesc Fabregas have more. 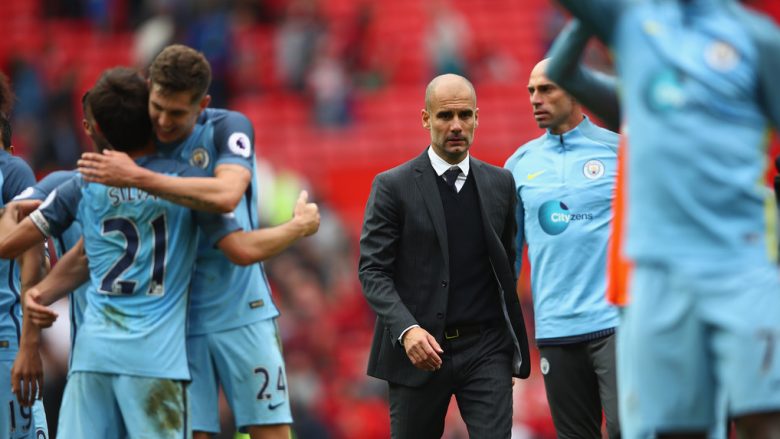 Brazil top Group E with win vs. Serbia, will face Mexico in round of 16