Victoria Azarenka was well on her way to victory Wednesday when she drew a code violation for chastising herself too colorfully, and she later angrily jabbed at her eyes with two fingers as if to say, “Watch the ball.”

Azarenka sets high standards for herself, which is one reason she is undefeated in March.

The two-time Grand Slam champion moved one win closer to a rare Indian Wells-Key Biscayne double by beating Johanna Konta in the quarterfinals of the Miami Open, 6-4, 6-2.

Top-ranked Novak Djokovic overcame back spasms to defeat No. 7-seeded Tomas Berdych 6-3, 6-3. Afterward Djokovic said he’s not concerned about his back going into Friday’s semifinal against No. 15-seeded David Goffin, who became the first Belgian ever to reach the men’s semifinals at Key Biscayne by rallying past No. 18 Gilles Simon 3-6, 6-2, 6-1.

Eight-time women’s champion Serena Williams was eliminated in the fourth round, making Azarenka’s path less daunting. Her opponent Thursday night will be No. 2-seeded Angelique Kerber, who beat No. 22 Madison Keys 6-3, 6-2.

Keys, who committed 39 unforced errors, was the last American in either draw.

No. 15 Svetlana Kuznetsova, who ousted Williams, will play No. 19 Timea Bacsinszky in the other semifinal.

Azarenka, seeded 13th, beat Williams in the Indian Wells final less than two weeks ago and is 20-1 this year. She is trying to become the third woman to win Indian Wells and Key Biscayne in the same year, a feat achieved only by Steffi Graf and Kim Clijsters.

“If I’m able to make it, it’s great,” Azarenka said. “It seems so close, but it’s really far. I want to stay in the present. I want to continue to fight and keep getting better.”

“I never doubted my abilities,” she said. “The doubt was to get healthy again. I still feel I’m far from my best, and that’s really exciting for me.”

Against the No. 24-seeded Konta, Azarenka wasn’t always pleased with her play. The code violation came when she lost the first game of the second set.

“Sometimes I cuss, and that’s OK,” she said. “Whatever will make me play better, I’m going to do. I was just trying to push myself.”

Djokovic moved a step closer to his sixth Key Biscayne men’s title, which would tie Andre Agassi’s record, and his third in a row. He improved to 20-0 on hard courts against Berdych, but not without a strain – he tweaked his back and received treatment from a trainer five games into the second set.

Djokovic blamed a swirling wind. Despite the tricky conditions he finished with only eight unforced errors to 35 for Berdych.

“This was overall from the first to the last point the best match I’ve played of the tournament,” he said, “and it comes at the right stage of the event.”

Djokovic improved to 26-1 this year and said he feels better about his game than at the same stage in 2015 – a year in which he won three Grand Slam titles. Drinkwater set to return to club after attack 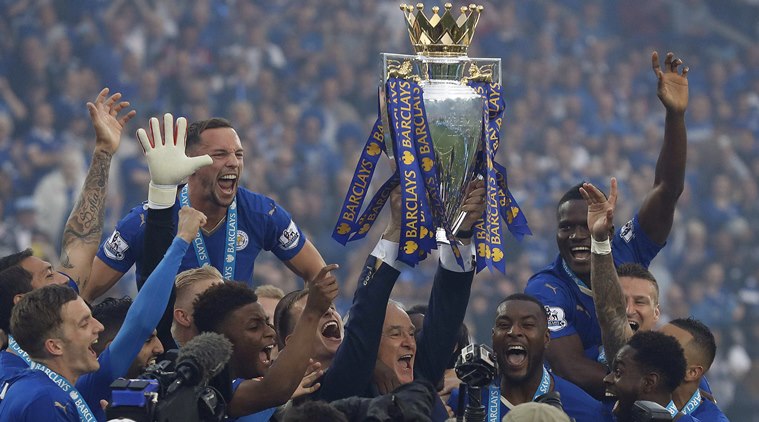 Victoria Azarenka retires from Madrid Open with back injury India hit back with 2-0 win over Spain