Liverpool’s Champions League knockout stage match against Atlético Madrid has been linked to 41 deaths as a result of the coronavirus pandemic.

The match at Anfield was one of the last sporting events to be held in England before lockdown was introduced, although it received widespread criticism at the time due to Spain’s higher concentration of coronavirus cases – specifically in Madrid.

Analysis by Edge Health, which has been published by the Sunday Times, suggests at least 41 deaths have now been linked to Liverpool’s Champions League match against Atlético Madrid.

The Cheltenham festival has been linked with 37.

At the time of the game, Imperial College London and University of Oxford estimate there were 100,000 cases in England, compared to 640,000 in Spain.

José Luis Martínez-Almeida, the Mayor of Madrid, has already admitted it was a mistake to allow the match to go ahead.

“It didn’t make any sense that 3,000 Atlético fans could travel to Anfield at that time,” Martinez-Almedia said, quoted by the Daily Mail.

“It was a mistake. Looking back with hindsight, of course, but I think even at that time there should have been more caution.”

Premier League clubs have recently returned to training as players look to return to fitness as the latest stage in Project Restart, which looks to have top flight football back underway next month.

Bournemouth have confirmed one of their players was among two who tested positive after the second round of testing, while six players – including Watford’s Adrian Mariappa – tested positive during the first.

“Ever since I got my positive result back on Tuesday, I’ve been scratching my head to try to work out how I might have got coronavirus,” Mariappa revealed.

“It was a big surprise because I haven’t really left the house, apart from some exercise and the odd walk with the kids. I’ve mainly just been homeschooling and keeping fit.

“My lifestyle is very quiet, certainly no parties or going out or anything, so I really don’t know how I got it. Like most people, we’ve been having more deliveries of food and things, so maybe that’s one way, and my partner has been to the supermarket a few times.” 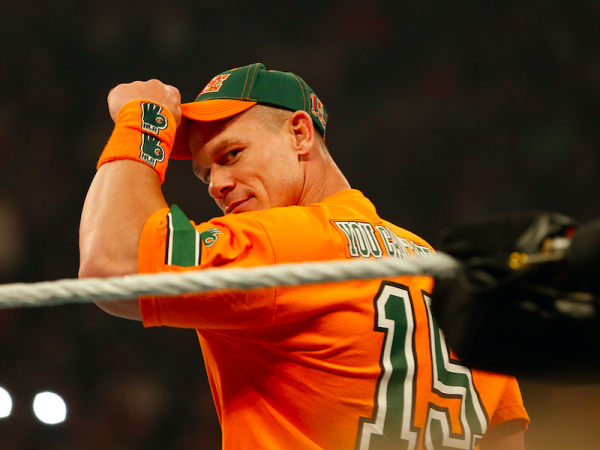 John Cena Drops Hint About Facing The Undertaker At ‘WrestleMania 32’ Lyon spray wasn’t out of frustration