NRLHow do Penrith fit in their Pommy? 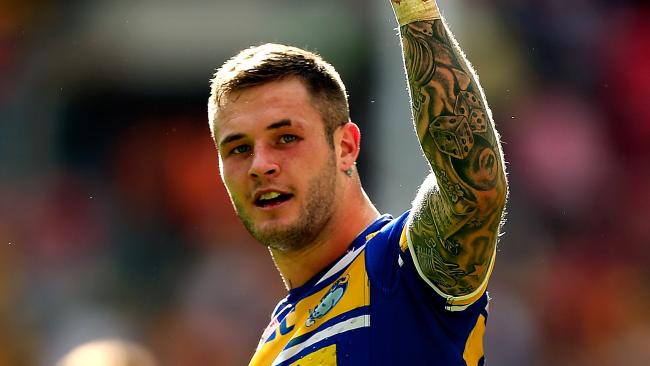 How do Penrith fit in their Pommy?

What will the Panthers do with Zak Hardaker.

IT was lost in the furore of Origin, the latest misfortune to engulf Parramatta and people complaining about the Bunker, but Leeds fullback Zak Hardaker flew into Australia on Tuesday night to begin his NRL career.

Hardaker is the current fullback for England and the reigning Man of Steel. He’s one of the best backs Europe has to offer and the most high-profile Englishman to join the NRL since Sam Tomkins.

There may be an unprecedented number of talented Poms in the NRL, but they all have one thing in common — they’re all forwards.

The split between the success of English forwards and English backs in the NRL is nothing short of remarkable.

All the best European imports in recent years — the likes of James Graham, most of the Burgess horde, Josh Hodgson and Gareth Ellis — have lived in the pack.

Almost to a man, any English outside backs that travelled south have not lasted long.

Sam Tomkins shot through after two years with the Warriors that saw him collect a salary of $1 million a year and gave the Kiwi club 37 games and 15 tries in two lacklustre seasons.

Joe Burgess was one of the best wingers in Super League and an England Test player in 2015 but his NRL experience has been fundamentally disappointing.

Brian Carney was superb in his sole season in Australia.Source:News Corp Australia

Greg Eden, Richie Mathers, Chris Thorman, Ben Crooks — the only European backs who have been worth a damn in the NRL since the turn of the century are Gareth Widdop, who was raised in Melbourne, and Brian Carney, who was the Dally M winger of the year in his only season in the NRL in 2006.

What makes Hardaker’s move so interesting is that in the last decade Tomkins, Carney and Burgess are the only Test backs to make the move to Australia in the last 10 years. The likes of Kallum Watkins, Josh Charnley and Ryan Hall, who all have the tools to make it in the NRL, have not made the trip. All we have to go on is Carney, who was excellent, Tomkins, who was passable at best, and a litany of busts.

Hardaker is the highest profile Englishman to come to Australia since Tomkins and joins Tomkins, Graham, Jamie Lyon and Pat Richards as the only Man of Steel winners to transfer to the NRL. At 24, he’s also more experienced than the likes of Eden and Burgess.

Sam Tomkins did not match the hype at the Warriors.Source:News Corp Australia

He’s made his bones as a fullback, but centre seems to be Hardaker’s avenue into the Panthers, at least until the end of the season. With a far more robust build than Tomkins and vastly more experienced than Eden and Joe Burgess, Hardaker seems to have the best raw tools to make it in the NRL.

The major stumbling block for Hardaker will be his defence. His contact is fine and he’s pulled off a number of fine try-savers throughout his time as Leeds custodian. But can he learn to read the patterns of the opposition and adjust accordingly? With just 28 senior matches at centre, including just four since the start of 2013, and being thrown into a new team with new combinations the future of Hardaker’s NRL career will likely hinge on what he does without the ball.

Having said that, he’s no guarantee to kill it in attack either. His slashing runs around the ruck and kick returns in Super League are undeniable, but so was Sam Tomkins imperious record of 145 tries in 154 matches.

Tomkins had the ability to be an NRL player but there’s a difference between running five tries past Whitehaven and producing consistent form in the best rugby league competition in the world.

Can Hardaker bring his Super League form down south?Source:Getty Images

Hardaker has shown he can dominate against Salford and Widnes, can he do the same against Cronulla and Melbourne and the Cowboys?

What throws a spanner in the works is the Panthers uncertain roster situation going forward. The club is on the cusp of a new era where the experienced campaigners from the early days of the five-year plan, like Jamie Soward and James Segeyaro, are being shifted out.

The emergence of Nathan Cleary and Te Maire Martin make it seem as though Soward will soon follow Segeyaro out the door. Hardaker’s deal with the club is for the rest of the season only but he surely has an eye on securing a longer term deal.

Many believe that Matt Moylan’s move to five-eighth is a matter of when and not if but club supremo Phil Gould has made it clear many times that Moylan’s future, at least for the time being, is at fullback

This would indicate that the club’s preferred halves duo going forward are Nathan Cleary and Te Maire Martin with the more experienced pair of Moylan and Peter Wallace rounding out the backline.

Spots in the backline will be similarly scarce next season. The club has re-signed Josh Mansour until the end of 2018, which means he’s locked in on one wing, while Peta Hiku is also contracted for another two seasons.

The tremendously talented yet injury prone Dean Whare and young flyer Dallin Watene-Zelzniak are both off contract at the end of next season. The elder of the Kiwi duo is one of the most underrated centres in the game while the conventional wisdom on Watene-Zelezniak has long been that he would succeed Moylan at fullback once the Blues representative moved into the halves.

The Panthers lack of depth in the outside backs necessitated a mid-season purchase and Hardaker is a smart, low risk, high reward option. Should he be a hit in the NRL, the Panthers have an overflow of young, talented, dynamic options in their outside backs. Should he fail, it’s a six month throwaway deal with no long term salary cap commitments.

HE WILL PLAY: Manager says Radradra will return

For Hardaker, the stakes are far greater. Fullback is one of the deepest positions in the NRL with most clubs settled on either blue chippers or players they believe can become franchise players at the back.

The clubs with a forthcoming vacancy at the back are the Knights, who are beyond a mess, the Titans, who remain enchanted with Will Zillman, the Eels, who have Bevan French and Clint Gutherson set to compete for the job next season, and possibly the Dragons, who could still have their hearts set on Josh Dugan playing centre.

Unless Hardaker can prove himself as a centre enough for a club to either convince a club to take a punt on him as a fullback or persuade the Panthers that he is worth derailing their existing plans, his time in Australia could be short and filled with trips to NSW Cup.

If Hardaker wants to become a long term fullback in the NRL he must prove his wares in these initial few months or risk falling onto the scrap heap and slinking back north with his tail between his legs as so many of his countrymen have before him. 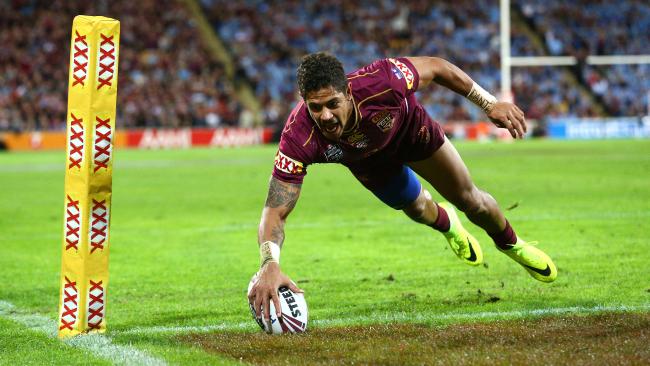