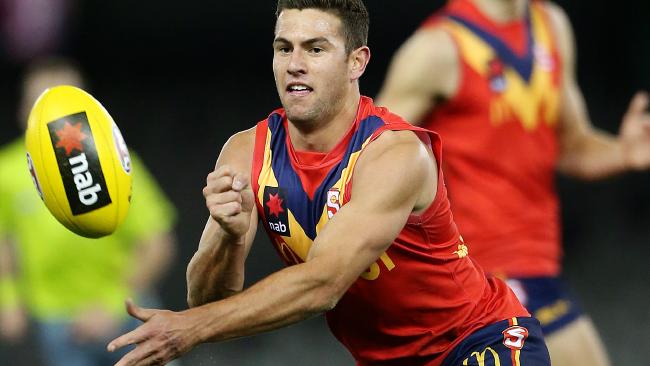 Jack Graham fires out a handball for SA in the Under 18 championships. Picture: Mark Stewart

SOUTH Australian captain Jack Graham has become the first Croweater in 14 years to win the Larke Medal as the best division one player at the AFL Under-18 National Championships.

The North Adelaide product beat a crack field to soften the blow of SA falling short in its championship campaign, following Vic Metro’s final day victory against WA on Wednesday.

Vic Metro’s 23-point win at Simonds Stadium at Geelong gave it an unbeaten 4-0 carnival record and its first title since 2012.

SA, which finished with a 3-1 record, needed WA to upset the Victorian team to win the championship on percentage.

But Graham’s medal win at least gave it something to crow about.

He will almost certainly be selected in the All-Australian team, along with fellow SA midfielders Jonty Scharenberg (Glenelg) and Jake Pitman (Norwood), who was one of the revelations of the tournament.

Several other Croweaters are also in contention for the elite team.

Phillips, who coached SA to national championships in 2013 and 2014, said his side played just two “ordinary’’ quarters for the carnival — the final terms against Vic Metro and Vic Country.

The Croweaters lost a 35-point three-quarter time lead against Vic Metro at Football Park, losing by three points, in a collapse that cost it the championship.

“We played 14 very good quarters and two ordinary ones, which sums it up,’’ Phillips said.

“It was extremely frustrating to lose that game to Vic Metro when we were so far in front but in terms of where people predicted us to finish, how they all thought we would struggle, I was extremely pleased with the playing group.

“We played a good brand of football.’’ Euro 2016: I will kick Daniel Sturridge if I have to, says Slovakia’s Martin Skrtel 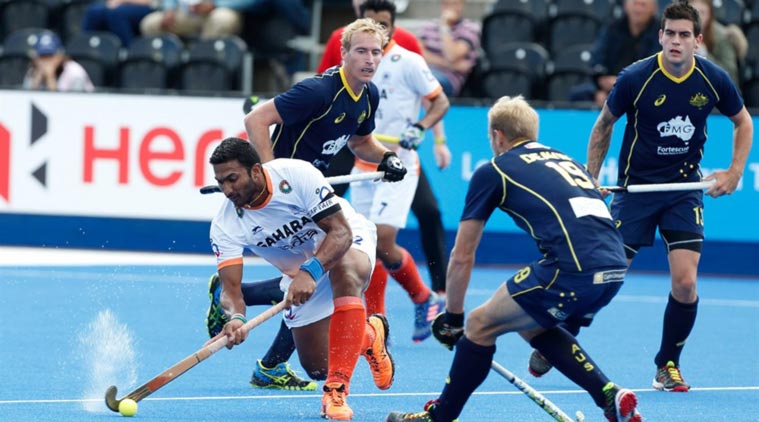 Hawks still have room for improvement