Lewis Hamilton will seek to extend his dominance at the front of the pack when the 2016 season begins next weekend in Melbourne. (Source: Reuters)

When the Formula One season begins next week, spare a thought for the staff in the marketing department.

They do have some good promotional material to work with: Ferrari’s times in preseason testing have raised hopes of a genuine challenger to Mercedes; the entry of the Haas team creates an overdue American presence; Renault returns as a team owner a decade after its most recent championship; and the Manor team has a couple of intriguing new drivers.

But the good news has been buried beneath the negative headlines throughout the offseason.

Bernie Ecclestone, the 85-year-old commercial chief of the sport who this year marks his 60th year of involvement with F1, last month said the sport was “the worst it has ever been. I wouldn’t spend my money to take my family to watch a race. No way.”

Many fans were shocked that such a comment could be made by the man tasked with drumming up interest from sponsors and broadcasters. To some, it was an understandable expression of frustration at the regulatory impediments to the changes needed to invigorate the sport. Others hinted if it was a negotiating ploy in trying to buy back F1 from the controlling owner, the hedge fund CVC Capital Partners.

Soon after Ecclestone’s comments came the shambles of an ‘on again, off again, on again’ alteration to the format of qualifying. Announced at short notice, then almost shelved, the changes will proceed for the first race on Sunday, March 20, in Melbourne, Australia.

Under the new system, drivers will get a brief period to set a time in each of the qualifying segments – seven minutes in Q1, six minutes in Q2 and five minutes in Q3 – after which the slowest driver will be eliminated every 90 seconds. So now even the top teams will have to spend most of the session out on track.

“It’s a little bit chaotic if a couple of weeks before the season you start to reinvent certain rules,” Ferrari’s Sebastian Vettel said.

It’s unclear how much that qualifying system will shake up grid positions, or if it does anything to reduce the dominance enjoyed by Mercedes over the past two seasons.

Lewis Hamilton has comfortably won the past two drivers’ championships and is rated as an odds-on chance by bookmakers to join Juan-Manuel Fangio, Michael Schumacher and Vettel as the only men to win three consecutive titles.

Mercedes completed the most mileage of any team in preseason testing, with barely a hint of technical trouble.

“The team has done a fantastic job with the car and we feel that we’re probably in a stronger position than last year,” Hamilton said, “especially after the mileage we’ve done.”

Perhaps the only driver who can stop him is his Mercedes teammate Nico Rosberg, who won the last three races of 2015 after Hamilton clinched the title.

Of the other teams, Ferrari seems to be mounting the best challenge. The Italian team set the best times in preseason testing, even if that is an unreliable guide to race performance, given the array of different tire compounds and fuel loads.

Vettel managed to win three races last year despite the Mercedes dominance, so even a slight narrowing of the gap between those teams in 2016 could produce a genuine championship fight.

A decisive factor could be how the teams adjust to the new tire rules. Instead of being limited to a defined number of sets of the two compounds of dry-weather tires which Pirelli supplied for each race, teams can now choose their own allocations and can split strategies for the two drivers.

Such tire strategies will be intriguing, but well down the list of priorities for two of the fallen giants of F1 in Red Bull and McLaren, which have more fundamental problems to address.

Red Bull is coming off its first winless season in seven years. Despite its bitter disputes with engine supplier Renault last year, Red Bull is again using Renault power in 2016 but with input from engineering group Ilmor, meaning the engine will badged TAG-Heuer.

McLaren had a predictably challenging but still frustrating first year with Honda engines in 2015 as the Japanese company returned to the sport. Having spent large sums to retain world champion drivers Fernando Alonso and Jenson Button, McLaren will certainly not tolerate another season at the back of the grid, among the likes of Sauber, Manor and Haas.

Sauber has had financial trouble in the offseason, with delays in the payment of staff. Force India has also had off-track distractions, with team principal Vijay Mallya being pursued by creditors in India, and authorities stepping up efforts to hold him accountable.

It has been a smoother offseason for Manor, which was unable to race in Australia last year after being rescued from administration. The financial improvement is due partially to the hiring of driver Rio Haryanto, who brings with him significant sponsorship from Indonesia’s state-run oil and gas company.

Haryanto’s arrival as F1’s first Indonesian driver has sparked great enthusiasm in the country, but he will have a tough time matching the anticipated performance level of teammate Pascal Wehrlein, who arrives at Manor as part of the deal for Mercedes to provide the team with engines. The young German driver is earmarked as a successor to either Hamilton or Rosberg at Mercedes.

Renault has taken its brand reputation back into its own hands and stepped up from engine supplier to stand-alone team, re-purchasing the entry from Lotus. It has hired Kevin Magnussen, who drove for McLaren in 2014, and former GP2 champion Jolyon Palmer.

Haas will be able to perform on home soil this year, after a late deal was struck to secure funding for the U.S. Grand Prix at Austin, Texas. That Grand Prix will the 18th of an unprecedented 21 races this season. Power Rankings: Which flyer is best? Hart can join the German giants 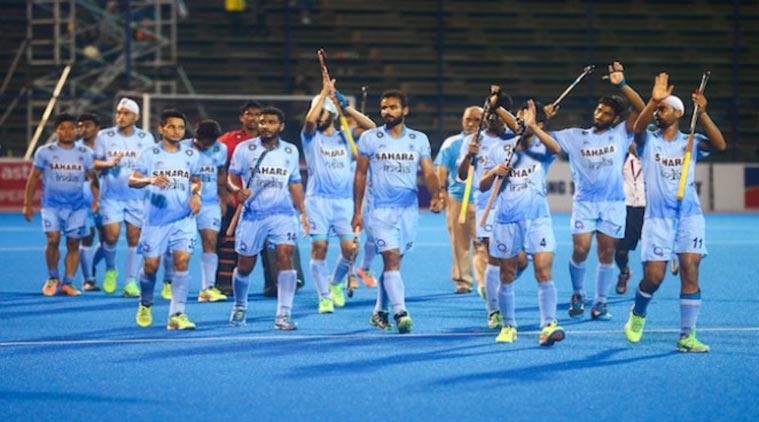