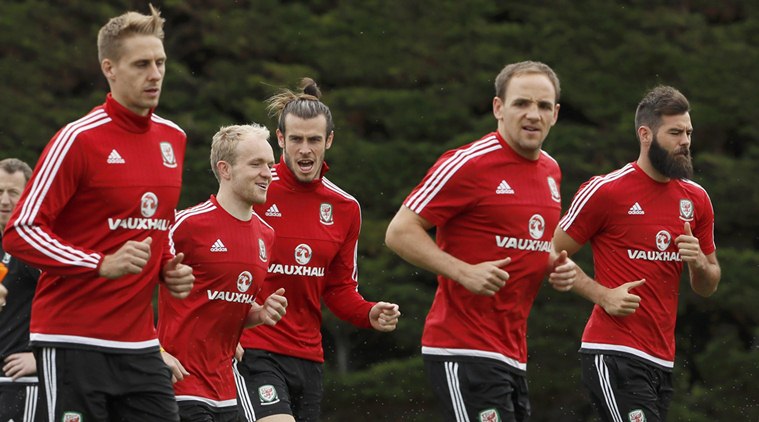 All eyes will be on the form of Bale and Eden Hazard. (Source: Reuters)

Wales are happy to cast themselves as underdogs in their Euro 2016 quarter-final against Belgium on Friday but such modesty belies their proven ability to bite hard. (RESULTS | STANDINGS)

The Belgians, who finally came together as a team to demolish Hungary 4-0 in their last-16 match, will start as favourites.

Both sides, though, are fully aware that Wales have proved their mettle against Belgium, beating them 1-0 in Cardiff and drawing in Brussels in the tournament’s qualifying stage.

Belgium, playing before what will be virtually a home crowd in the northern French town of Lille, are under huge pressure for their much-vaunted golden generation to fulfil their promise and finally challenge for a major trophy.

Wales could also claim to have developed a golden generation, spearheaded by Gareth Bale, even if they have fewer illustrious players than the side ranked number two in the world.

“We’re good normally in that situation when we’re right up against it,” Wales defender Chris Gunter said.

“Belgium will be the fancied team and they are right on their own doorstep but it’s something we can use as an advantage.”

All eyes will be on the form of Bale and Eden Hazard.

Bale, the world’s most expensive player, has scored three goals and fired in the cross that led to Northern Ireland’s own goal in Wales’s 1-0 last-16 victory.

His ability to seize the moment, not least at free kicks, could be pivotal.

Hazard came to life against Hungary — as did the whole team after a stuttering start to the campaign.

He set up the second goal for Michy Batshuayi and scored with a dashing solo effort two minutes later to crush Hungary’s hopes in what he said was his best-ever game for his country.

The Belgium captain has missed two days of training with a thigh injury, but should he be declared fit to play, he will be returning to the city where he made a name for himself.

GREATER DEPTH
The Welsh are playing in their first major tournament since the 1958 World Cup, when they lost in the quarter-finals to eventual champions Brazil.

“Wales are a very strong side, and not just with Gareth Bale; they have other good players,” cautioned Belgian coach Marc Wilmots.

Belgium, however, have greater depth. Wilmots has pointed to playmaker Kevin De Bruyne, who has been a tireless and influential figure. Romelu Lukaku scored 27 goals in 52 appearances for Everton this season and always looks threatening.

“They have players on the pitch and the bench that would grace any international team,” Wales manager Chris Coleman said.

“But in the last four years we’ve had four meetings and won one and drawn two, so there’s nothing to be afraid of.”

Hazard said the Belgians would need to be wary of the Welsh.

“They are a tricky side to play against. They have a very compact unit and they have a great player up front (Bale).”

The winners will reckon to have a fair chance of reaching the final as the semi-finals would pit them against Poland or Portugal, avoiding the powers of France, Italy and Germany.

Neither side will go gentle into that good night on Friday. Wait worth it for Rising Star Acres Mitchell back, Hodge on hold for Hawks